Funny thing, when I started this blog I was really planning on it being a food and recipe blog. I do sometimes mention food and restaurants, and I wrote one post Eating Vegan in the East Bay early on. But this is the first time I am writing a post about cooking. A sign of how busy my life has become! This year will be the first time I have planned and prepared a completely vegan holiday meal for family and friends. Non-vegan family and friends, at that. It’s going to be an amazing meal (fingers crossed)!

The menu is planned and the shopping list is made.

I was getting frustrated searching for vegan appetizers: it seems like all any non-vegans can think of for us is hummus. Don’t get me wrong, I love hummus. But it’s become so ubiquitous that it’s not got that special holiday something about it. But then I found The Full Helping blog

You know that hot, gooey, bad for you, but delicious artichoke/spinach dip that became popular in the 1980s? There’s a vegan version! And I’m making it.

To balance out the gooey, cashew-cheesiness, of course there should be a salad. One thing I miss as a vegan is a good Caesar salad. And I found a recipe for a vegan one on another plant-based food blog, Oh She Glows, by Angela Liddon.

I could just eat a whole big bowl of this and be happy.

The main event: I wanted to do something special, not a lasagna or a something-over-rice dish. I love to watch food competition television, and on Hell’s Kitchen the contestants are always tripped up by Gordon Ramsay’s Beef Wellington recipe. I was wondering if anyone had ever made a vegan mushroom version, and of course they have. And who knew that Pepperidge Farm puff pastry is vegan?!

Enter The Vegan Version blog. Yes, a recipe for Mushroom Wellington! And it sounds a lot easier than anything Gordon Ramsay would throw at me (literally throw, I mean).

Gotta have some vegetables on the side, especially at a vegan feast, and after the artichoke dip I didn’t want anything heavy like green bean casserole, but green beans, yes. So it will be a simple green bean sauté with pearl onions and sliced almonds. No recipe required.

I’m always looking for a reason to get out my Jim Lahey cookbook My Bread. Its the source of the no-knead bread recipe that went viral after Mark Bittman published it in the NY Times a few years ago. Jim Lahey  is the pastry chef at Sullivan Street Bakery (2 locations, 533 W 47th Street and 236 Ninth Avenue, New York) and pizza maker supreme at pizzeria Co. (230 9th Ave., New York), which I have been to once on a pilgrimage a few years ago (pre-vegan days). 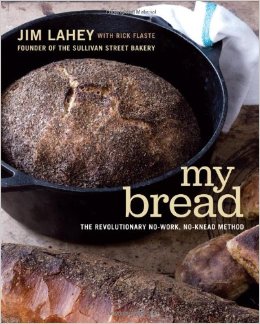 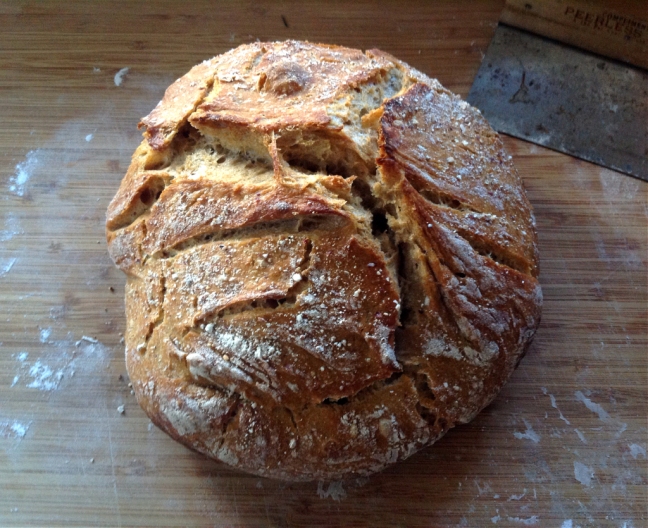 One of the guests is bringing a dessert, but I can’t make a feast without making a dessert, and no meal is complete for me without chocolate anymore, so I figure I’ll make one too. Moosewood Cooks, from the legendary Moosewood restaurant in Ithaca, NY to the rescue!

I googled “easy vegan chocolate cake” and this is what I got: Moosewood’s Six-Minute Vegan Chocolate Cake. 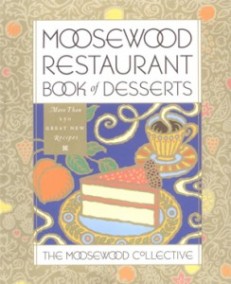 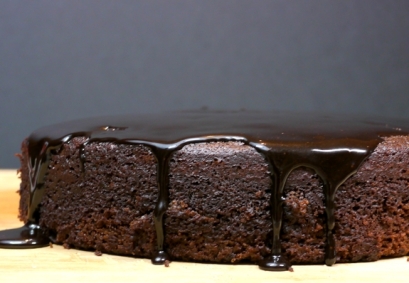 And now, I have to actually go to a store, my least favorite part of the adventure that is cooking. Going to get my groceries home, put on some Christmas music (James Taylor at Christmas and Tuck Andress Hymns, Carols, and Songs About Snow are the 2 most-played at our house), and get cooking! 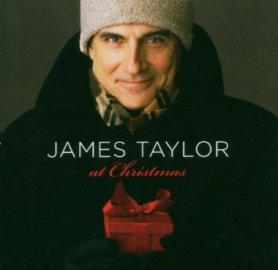 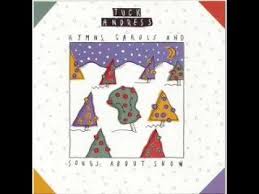 Love and Peace to All!