There is a real cat credited as a writer of murder mysteries–Sneaky Pie Brown, who pens the Mrs. Murphy mysteries with her human, Rita Mae Brown. Mrs. Murphy is a crime-solving cat who works with a Corgi partner, in case you thought she was a human Miss Marple type.

I think cats would make natural murder mystery writers. There always seems to be an implied “I could kill you but I won’t” message underlying the looks many cats give us humans, and sometimes dogs, and sometimes other cats.

There is a book about this, How to Tell if Your Cat is Plotting to Kill You.

Maybe that’s what started me on playing the game, what author would that animal be? Or maybe it was that time I went to a reading and book signing by the author T. C. Boyle and thought he looked like a Borzoi. It turns out that Boyle, author of one of my favorite books, The Tortilla Curtain, is actually partial to the dreadlocked Puli, which is pretty cool.

I’ve only done this with dogs and cats so far, but I am sure you can play it with any type of animal if you can match up their personality, looks, and likely literary style with a human author.

My own companion animals were pretty easy to match up.

Sara, my 19-year old brown tabby cat, would clearly be one of the classic older ladies of the English murder mystery genre. Perhaps Agatha Christie, but I think really of a writer who had a bit more edge, like Ruth Rendell. Much darker things happen in Rendell’s books than Christie’s, and even thought Sara is an affectionate cat, she is a cat, and was also quite a hunter in her day.

Misty, our 6-year old Turkish Angora who was rescued from kitty death row, where she was placed for having a personality disorder that made her “unadoptable”, would be a perfect Gillian Flynn,  author of the disturbing books Gone Girl, Dark Places, and Sharp Objects. Misty is beautiful, but beware what lurks in that brain. I call her the Ferocious Beauty for good reason! 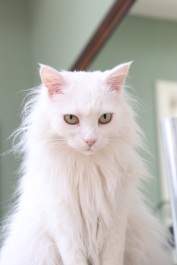 Marble, the new kid on the block, is hip and eccentric and a little wild, so I am picking Dave Eggers for him. Maybe Eggers, perhaps best known for A Heartbreaking Work of Staggering Genius, is a dog guy. I don’t know, but Marble would be a good hipster author who can be funny and profound and will always do things a little differently. And sometimes follows you around like a dog. 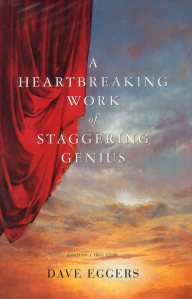 And then there is Einstein. Einstein is not named for his staggering genius, but for his unruly fur. I think he should be a humorist, and I know Dave Barry likes dogs because he has written about them frequently. And his bangs hang in his face, like Einstein’s.

Of course, I have to delve into memories of pets past as well. Our dearly beloved Ben, the classic orange tabby with a heart of gold, would be Calvin Trillin, winner of the 2013 Thurber Prize for American Humor. He’s a classic himself. 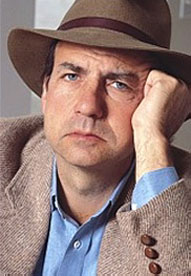 Then there is the dynamic dog duo, Bingo and Sadie. Bingo was a ham, always taking credit for Sadie’s work. She was a lovable free-spirit.  If we took them to the beach and threw sticks in the water, Sadie would swim out to retrieve them, but as soon as she got to shore, Bingo would grab them from her and run over all proud for having supposedly retrieved them himself. Obviously, to me, they are F. Scott and Zelda Fitzgerald.

I can go on like this for hours. Now I’ve started matching up animals at the shelter with their literary doppelgängers. 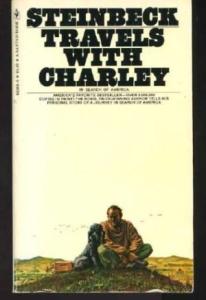 When I saw scrappy little dachshund mix Facebook, I immediately thought of Alexander McCall Smith, prolific author of the series The Number One Ladies Detective Agency, The Sunday Philosophy Club, Portuguese Irregular Verbs, and Scotland Street. He has an infectious personality and his books are light and fun.

I picked David Foster Wallace for Joey, mostly because for some reason he just looks like he’d write some of my favorite essays like Consider the Lobster and A Supposedly Fun Thing I’ll Never Do Again. Joey will not follow in DFW’s footsteps in terms of early, self-inflicted death. Joey will live to be a grumpy old man cat with a sense of humor.

I’ll just do one more. Like I said, I could do this for hours. I read a lot, and I see a lot of animals in the course of my day.

Another of my favorite writers is Anne Tyler. I don’t know why it took me a little while to realize she would be my recent foster cat Merida. There is a sweetness to Tyler’s books, along with a faint melancholy, and always a theme of family and relationships. Merida is a sweetheart, had a rough start in life, is looking for her forever family, and could easily be the central character in a Tyler book if Tyler wrote books about cats.

Maybe some day I’ll actually write and publish a book. I hope so. I have a great author photo ready to go–I look serious and moody. 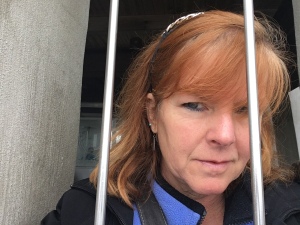 And then maybe someone will pair me up with my animal doppelgänger. I’m hoping for a sleek, dignified beauty, like an Irish Setter. 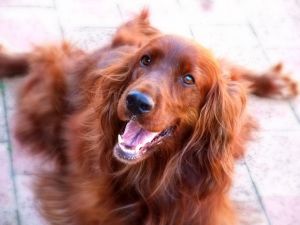 But I won’t be surprised if it is a roly poly kitten, either.