Not so long ago, I went with my buddy Debra to watch the recent film of Carole King performing her groundbreaking Tapestry album at Hyde Park in London in 2016.

Tapestry (1971) was on repeat play on the turntable in my sisters’ room when we were growing up. I have strong and fond memories of the music.

Debra, inviting me to go, remarked that I seemed like the type who would love Carole King. She was right.

The Hyde Park concert was amazing enough to watch as a film. It must have been magical to be there. First of all, Hyde Park in London. I’ve never been but it looks lovely in photos.

A huge and congenial crowd is in attendance, singing along with Carole and clearly connecting to her music, whether as a remembrance of a time past or as younger, newer listeners struck by the emotion and angst of the songs. 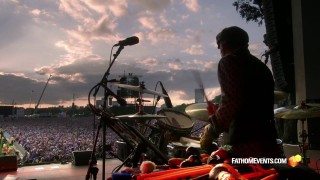 Tapestry itself is such a classic, every song a gem (except maybe Smackwater Jack, but I loved it when I was 10 and I still like to sing along with it). This is the list of songs on Tapestry:

You’ve heard them all. I’ve sung them all. It’s a legendary work of art. But what I’ve noticed a month after seeing the film is that the one song that won’t leave me is So Far Away.

There’s so much about this song that keeps it on my mind. Maybe it’s because I’m getting older and prone to nostalgia. The lyrics themselves provoke a sense of loneliness, time slipping away, a need for connection and love and friendship.

I’ve been thinking of the notion of far away. It can be distance, it can be time, it can be a mental state. My sisters and my brothers are distance away–3,000 miles give or take. That’s far. Too far. My mother is time away; when I say time I mean earlier days and memories, not a discrete amount of time that can be traversed. She died in August, 2009. But I dream of her frequently and miss her every day. And then someone can be sitting right next to you and be far away, lost in thought, in another world, with you but not with you. I am sometimes that person who is far away, dreamy and distant.

I wake up with So Far Away playing in my head. I will be listening to my audiobook of Tolstoy’s Anna Karenina, and up will pop So Far Away. That is fitting in its way. If you know Anna’s story, she was ostracized by friends and family and the larger society, not allowed to see her beloved son. She was right there, but made to seem far away, even to herself. Spoiler alert–Anna’s story doesn’t end well. We need family, friends, connection. 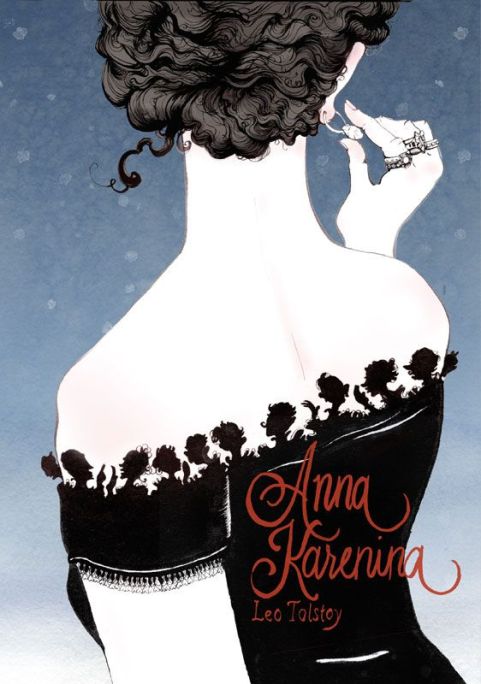 “One more song about moving along the highway can’t say much of anything that’s new.” So true. And it’s predominantly men who sing those moving on down the highway songs. The Allman Brothers and Ramblin’ Man as well as Midnight Rider. The Grateful Dead and Truckin’.  Ricky Nelson and Travelin’ Man. (And what’s with the dropped letter g, by the way?) Steve Miller took it to the skies with Jet Airliner. Steppenwolf and Born to be Wild. Pretty much anything from Bruce Springsteen’s album Nebraska (which I love).

Was it a coincidence that about 95% of the audience in the movie theater the night we went was female, of a certain age, and we all sang along? But it was So Far Away that had me wiping a tear from my eye. I can think of one other song that has this effect on me–James Taylor’s Shower the People (1976).

Letting the people that you love know that you love them–it seems so simple yet it can be so difficult. It’s the subject of many a novel, play, movie. We carry such inner turmoil around showing love. Yet we crave love ourselves. James Taylor is a guy that gets it.

Again, not a coincidence that James Taylor and Carole King have a history going back more than 40 years, including him performing backing vocals on Tapestry. In addition to his own songs, he’s performed (and made famous) many of King’s songs, such as You’ve Got a Friend.

James has his own Highway Song; it seems to be a male rite of passage. Women want to seek out and befriend, men want to get moving along/away.

When I was younger, my ex-husband’s response to strife was to suggest we move. During our 20+ years of marriage, we lived in too many apartments and houses to count in several different towns, including Ashland, Oregon; Ankara, Turkey; Chico, Vacaville, Winters, Sacramento, Davis, Fairfield, and Napa in California. I think what he really wanted was to move on without me. Now, with Bob, we’ve lived in this same house for the 13 years we’ve been together. It’s a nice feeling to be at home! Yes, he travels, but I always know he’ll be back, and be happy to be back. He’s never so far away that I can’t reach him.

Come visit us sometime; it would be so fine to see your face at our door. As long as you aren’t allergic to dogs and cats. They help make this place home, too. 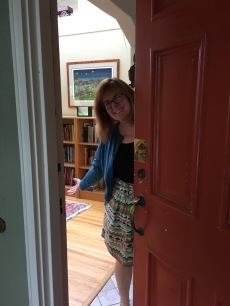