“The swollen ego of the introvert”–that’s not my line, although I wish I could say it was. Credit goes to Thomas Wolfe. When I read the words, they stuck with me all through my work day, and have brought me to reflect on being on an introvert and someone who lives a little too much in my own head. Thomas Wolfe will do that to you.

In Part 3, Chapter 28 of Look Homeward, Angel (yes, I am still reading and writing about this book; it’s long!), Eugene Gant starts at university when he is not quite yet 16 years old. I was not quite 18 when I went to college the first time; the description of Eugene sounds a lot like how I remember myself. (Plus the fact that we both left alcoholic households with little money to spare.) Really, it sounds like me when I started at university most recently, just 1-1/2 years ago and in my 50s.

“He was a child when he went away: he was a child who had looked much on pain and evil, and he remained a fantasist of the Ideal. Walled up in his great city of visions, his tongue had learned to mock, his lips to sneer, but the harsh rasp of the world had worn no grooving in the secret life. Again and again he had been bogged down in the gray slough of factuality. His cruel eyes had missed the meaning of no gesture, his packed and bitter heart had sweltered in him like a hot ingot, but all his hard wisdom melted at the glow of his imagination. He was not a child when he reflected, but when he dreamt he was; and it was the child and the dreamer that governed his belief. He belonged, perhaps, to an older and simpler race of men: he belonged with the Mythmakers. For him, the sun was a lordly lamp to light him on his grand adventuring. He believed in brave heroic lives. He believed in the fine flowers of tenderness and gentleness he had little known. He believed in beauty and in order, and that he would wreak out their mighty forms upon the distressful chaos of life. He believed in love…”

Eugene has a rought start at university life. I can empathize! He enters with a romantic notion of the university and student life, much like I did. My dream had been to go to an East Coast university with ivy-covered brick buildings. My ultimate college-of-choice at the time was Mount Holyoke. I’d never been to Massachusetts, and I don’t really know why I thought a women’s college would be good for me. Maybe because boys had always ignored me as a quiet and scholarly high-schooler, so I figured who needs ’em? But needless to say, I didn’t go.

“Eugene’s first year at the university was filled for him with loneliness, pain, and failure…”

“…His conception of university life was a romantic blur, evoked from his reading and tempered with memories of Stover at Yale, Young Fred Fearnot, and jolly youths with affectionate linked arms, bawling out a cheer-song…”

“He was alone, he was desperately lonely.”

(Young Fred Fearnot was a character of dime novels of the early 20th century. Stover at Yale is a novel by Owen Johnson that F. Scott Fitzgerald called the textbook of his generation.)

The description of “the unbalanced vision, the swollen egotism of the introvert” invokes,  to me, the constant feeling of self-sonsciousness and the fear of looking stupid. I feel that way so much of the time.

I found an interesting article by Melissa Dahl in nymag.com about the self-preoccupation of introverts and the idea that maybe some of us who call ourselves introverts are really “undercover narcissists”. Introverts do like to read and talk about introversion! Psychologist Jonathan Cheek designed a scale for what he calls “hypersensitive narcissism”. I scored a 37/50; a score of 35 is considered high.

Dr. Cheek also has a scale for shyness. I scored 37 on that one too.

Maybe my obsession with getting a good selfie is like Narcissus staring at his reflection in the water?

Unlike in the above word cloud, I don’t think of myself as controlling, overconfident, inconsiderate, cocky, smug, cruel, or a jerk. At least I really hope I am none of those!  Please let me know if I am; I’ll work on fixing it. I prefer the introvert word cloud below.

I am challenged on a daily basis by my job working with adopters at an animal shelter. For many years I worked in museums in art collection managment because, as I would joke but really meant, I would rather work with things than with people.

But it turns out I really like to work with animals, and in animal sheltering and adoptions, that means also working with people.

And it’s been good. I’ve met a few difficult types that I would prefer to hand off to another staff person (but I don’t; I grit my teeth and keep smiling and hoping for the best.)

And I’ve met some amazing, warm, and wonderful people as well. Just last week I met a 10-year old girl who is either the daughter I was meant to have, me at age 10 if I hadn’t scored 37/50 on the shyness scale, or a messenger from the gods that the next generation might be able to make the changes the world needs. We sat cross-legged on the floor visiting the cat she (well, her dad signed the paperwork) ended up adopting. As she put it, she wasn’t adopting the cat so much as reuniting with her familiar. She was wearing a cat fabric dress. She took off her shoes so the cat would be more comfortable in her lap.We talked about books and dreams and music and animals. She hoped the cat would help her with her math homework. Meeting her was the highlight of my week and an auspicious beginning to a new year.

Eventually, Eugene Gant becomes more active on campus and develops a reputation as a humorous eccentric. But under this outward image he is still the lonely, emotional, and sensitive man that maybe he will always be. (The novel takes him up to age 19.) I can do humorous eccentric too. Usually with strangers. That’s much easier than with people I know. And it serves me well in my job. 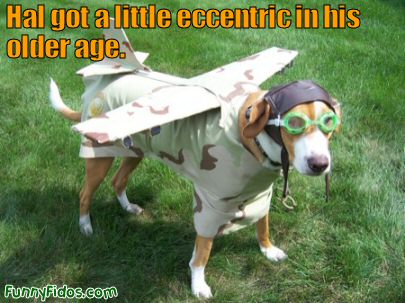 For now, I’ll keep on smiling and enjoying what I do, going to school with unromantic notions of student life, and reading more Thomas Wolfe. As soon as I finish Look Homeward, Angel I have From Death to Morning, a book of 14 stories, in the queue. 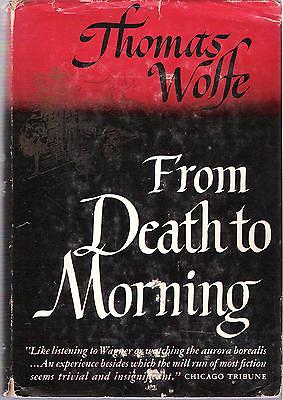 Until then, you can find me trying to get one of the cats to work out a budget for me. Math, meh.