It’s been more than a month since the staff moved out of the old University of California, Berkeley Art Museum and Pacific Film Archive (BAMPFA) building at the top of Bancroft and College Avenues. There are things I miss about the old neighborhood (Caffe Strada, the Underhill parking garage), and things I don’t (Telegraph Avenue, People’s Park). We are all still getting settled into the new space and the new neighborhood, and the gallery spaces in the buildings are off limits since it’s still a construction zone, but here are my (mostly) highs and lows so far.

For reasons that are not clear to me, much of the new space is ORANGE. I mean, seriously ORANGE. Not a very calming color. Just saying.

During the settling in period, some things have been a challenge. LIke making coffee with no flat surface to put the coffee maker on. But I persevere!

We have windows! Big windows that let in light and air (and noise and dust). With a view! 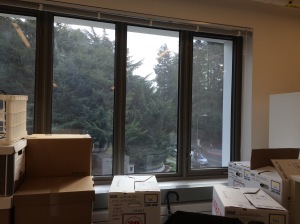 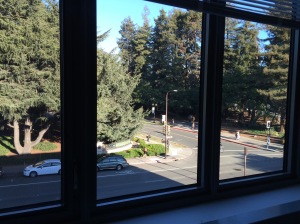 Everyone is trying to make their spaces feel a little more like their own. Some staff have more space to work with than others. I’m one of the ones with less. Less is more, right?

It gets better; I have a table now (no more making coffee on the floor) and we have (ORANGE) privacy screens going up.

And when I get sick or looking at orange, I can always daydream about summer in France by looking at my calendar (it looks good next to the orange).

Just across Oxford Street from us is one of the most beautiful parts of campus; lots of trees and greenery and art. Walking around is much nicer than it was in the old neighborhood (sorry, old neighborhood). 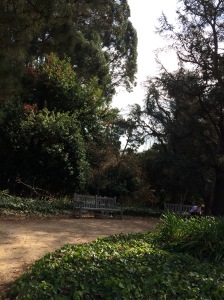 Some of the campus art nearby: 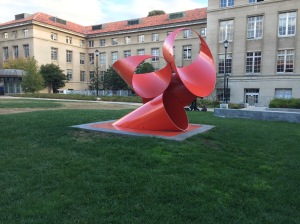 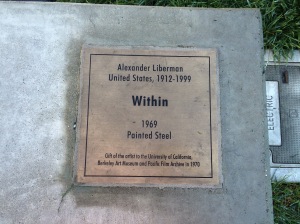 And the arts are not limited to campus, downtown Berkeley has its share.

Being in downtown Berkeley, there are a lot of restaurants to explore. As an inveterate brown-bagger and an aspiring vegan, I don’t really eat lunch out but there are lots of places to choose from. 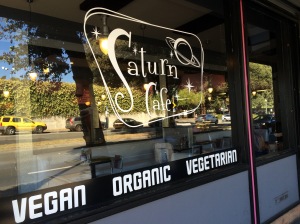 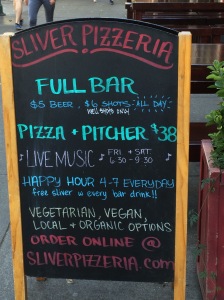 There are also new cultural opportunities to explore> 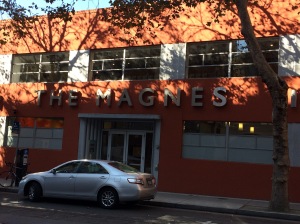 And great news for me–the Berkeley Public Library is close enough to visit during my lunch break! 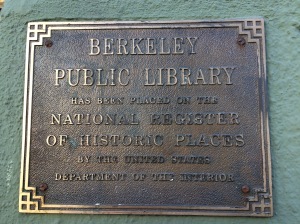 It’s not a neighborhood without problems; there are homeless encampments in front of the Bank of America building on Shattuck, Center Street is a major hangout for panhandlers, and an encampment seems to be forming in front of the Starbucks at Oxford and Center. With the (hopefully) rainy season and cold weather looming, it’s especially heartbreaking.

The new, improved BAMPFA opens at the end of January. Come see us!